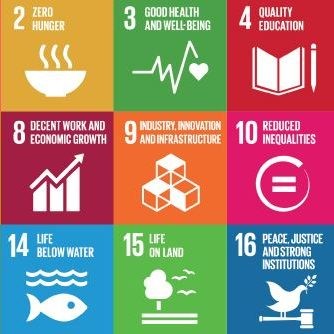 LISBON (Thomson Reuters Foundation) – Providing clean energy to Somalis, including those uprooted from their homes in the conflict-torn country, could both improve lives there and provide new opportunities for entrepreneurs, the U.N. envoy to Somalia said.

Despite persistent violence, Somalia is “slowly sorting its problems out”, with efforts underway to rebuild the state, raise more tax revenue and improve security, said Michael Keating, the highest United Nations official in the Horn of Africa nation.

“That image of Somalia that is dominated by bombs and hunger is really out of date,” Keating said on the sidelines of a conference on energy access in Lisbon this week. “The issue is: How can energy contribute to moving the country forward?”

As the population grows, climate change and environmental degradation are contributing to the “many problems” faced by Somalis, who are competing for natural resources such as land, wood and water, Keating said.

That, in turn, is fuelling tensions.

“People are drifting into cities where they can’t sustain themselves,” he told the Thomson Reuters Foundation in an interview.

Some 2.2 million people have been displaced from their homes inside Somalia, and another 870,000 are registered as refugees in other countries, according to U.N. figures.

Some have fled fighting, while others have been forced to abandon their farms due to drought.

But the legacy of 25 years of civil war is not all bad, Keating noted. Left with little functioning electricity infrastructure, Somalia has the chance to leapfrog to a more nimble approach, using local grids powered by renewable energy.

The need is pressing, with a report on progress towards global energy goals this week showing only 30 percent of Somalis had access to electricity in 2016, up from 20 percent in 2010.

Just 2 percent are able to use clean fuels for cooking, with the rest resorting to dirtier forms of energy such as kerosene and charcoal, which are damaging to health.

Keating has been talking to the government about whether Somalia can “make itself into a clean energy country”, drawing on solar, wind and hydropower from its two big rivers, he said.

In 2014, 60 to 70 local energy providers banded together to form a power generation, transmission and distribution company called BECO, which is slowly shifting to solar energy, he noted.

BECO supplies 50 megawatts (MW) of power, operating in the capital Mogadishu and other cities including Afgooye and Kismayo.

The company aims to boost its solar power generation capacity by 5.5 MW annually, eventually reducing the share of power produced from fossil fuels, mainly diesel, to less than 40 percent, according to the United Nations.

Other smaller enterprises, such as Power OffGrid in Jowhar, are providing solar home systems, mini-grids and solar equipment to run irrigation pumps for farmers and cold storage for clinics and local businesses.

“Ironically, Somalia is a great place to try and get things going,” said Keating. “However, people are concerned about security and at a certain point, you do need more government regulation.”

Few market restrictions are imposed on businesses, but that can lead to overlapping provision in some places and inconsistent standards, he noted.

U.N. agencies and other development organizations can support Somalia’s push for clean energy and universal access by bringing together government, business and communities to chart a way forward, and providing information about what has worked in similar environments, Keating said.

The international community can also mobilize finance – but attracting investment from the Somali diaspora around the world is key, he added.

For Somalia’s large displaced population, many crammed into informal settlements in the capital, gaining access to clean energy is a question of “dignity” as well as safety, he said.

“It’s about giving people who live in very tough circumstances the opportunity to contribute to their own welfare, and make a living at the same time,” he explained.